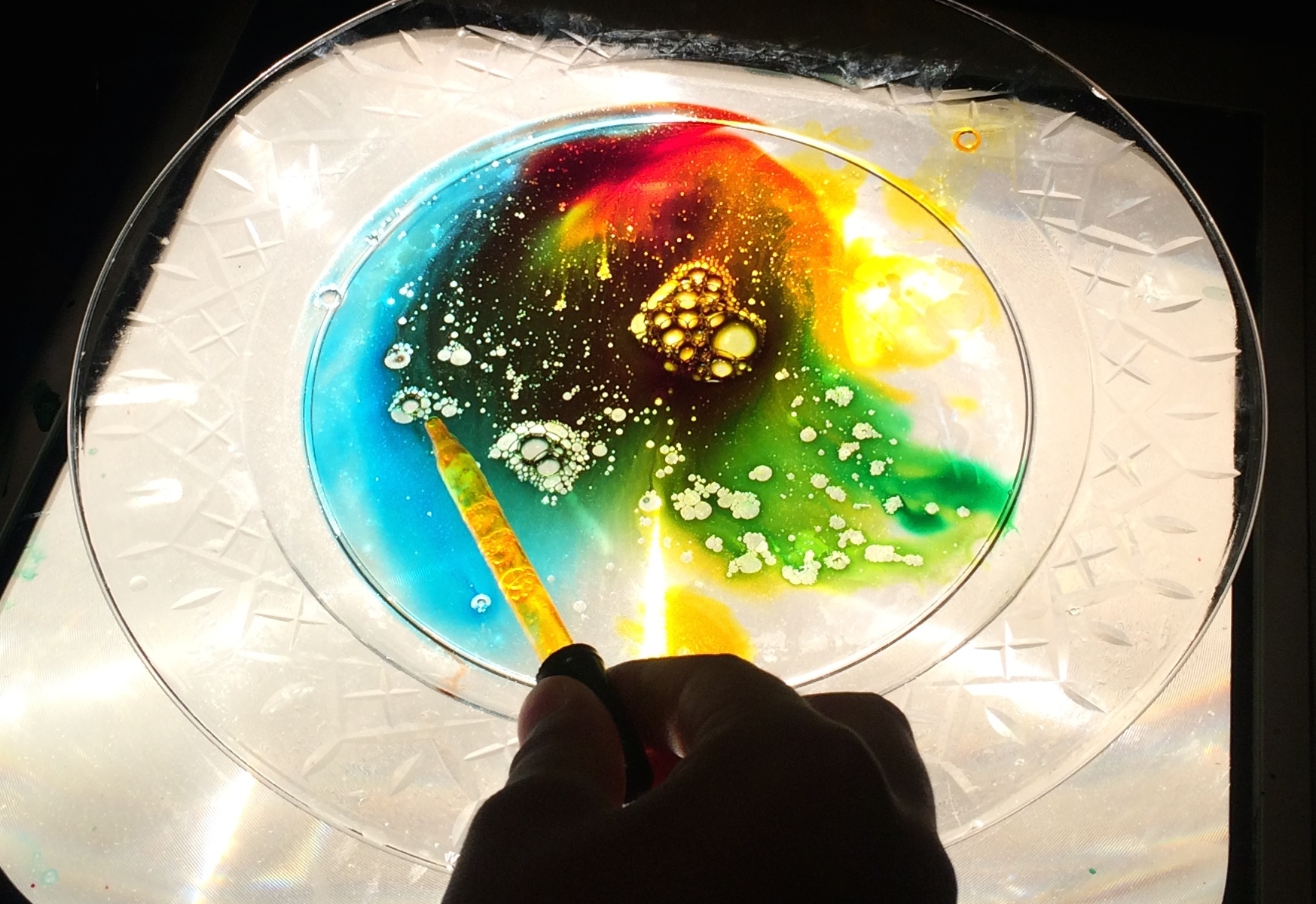 Do you remember Liquid Light Shows (1969 -1970’s)? Me neither. Not being alive probably had something to do with it, but now we live in the age of YouTube and I came across this video by Liquid Light Lab. I decided it was time to drag out the dinosaur overhead projectors from the school basement and raid the old unused stock of supplies in the science closet (with permission, of course). Armed with vegetable oil, soap, water, and food coloring, clear plates, droppers, and mixing tools, we played with the way we can see color and transparency. I split students into two stations; Station 1 had the school iPads with modules from the Color Uncovered App (free) and Station 2 had two overheads and materials. Since I only had one screen, I used a table on its side as a second.

The Color Uncovered App from the Exploratorium explores the way we see and process color. It has a few optical illusions, videos, written explanations, and mini visual experiments. The group was able to do them on their own while I gave instructions to the Projector Station. We switched after about 20 minutes. The projector station put a big plate down, used droppers for water, oil, and soap. As they added food coloring, they noticed the oil would not change color or mix into the water. When they added the small plate, they could create movement and mixture. They took turns videotaping and taking pictures with iPads. 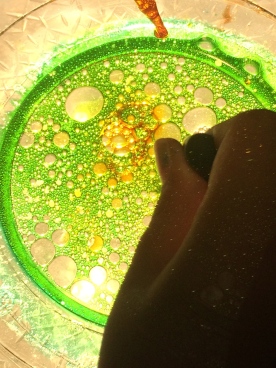 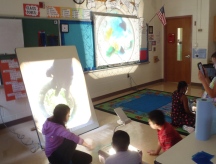 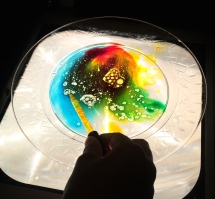 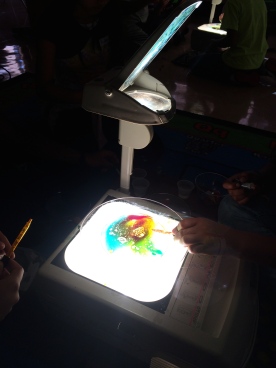 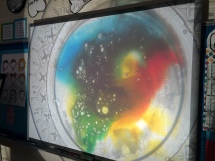 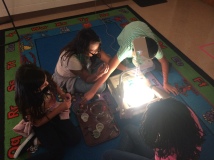 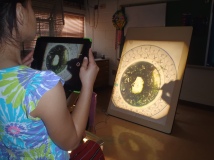 I had set up the trays beforehand for easy switch out when we changed groups and classes. Since they only get Art Lab once a month, I don’t stress the responsibility of clean up. Instead we spend the last 10 minutes looking at Light Show Videos on mute and talking about things we learned about the way we see and how this relates to ocean oil spills. Here are some of the questions posed at the beginning of Lab and discussed at end.

1. What is TRANSPARENCY and how can it CHANGE?

2. What does OPAQUE mean? What materials can be opaque?

4. What material will not dye and why? 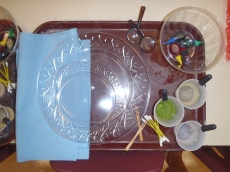 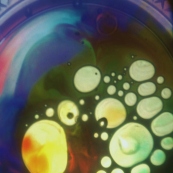 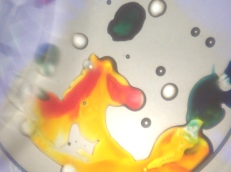 Some of the coolest tidbits from students:

“The brain sees yellow the slowest.” [Yellow is visually processed slower than any other color in the brain.]

“The colors on the projector are different from the screen because the light makes it bright.” [Led to talking about light directly underneath and object can be dispersed in a projected image. Back lighting and Top lighting change the way we see- especially with transparency and opacity.]

“Inverted Color leaves an after image. Like when you look into a light or sun.” [Related to the Black/White Invert to Color Photograph optical illusion. Talked about after images.]

Art Lab is a session that each class at my school gets once a month on Fridays. Often, the projects are Investigation and STEAM based. Since they have already had their scheduled art class session for the week, we get to use Art Lab as a non-assessed, less structured exploration of materials and concepts. Products are not always made, but experiences are talked about for days by the students. Most photos and video from Art Lab is student generated.